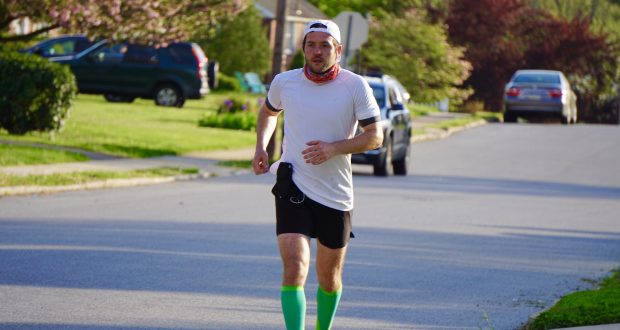 It was five minutes until race-start, and I was standing in my living room! Wait…no, I wasn’t late. In fact, I was right on time. That’s because the starting line wasn’t across the country or in a nearby national park. Instead, it was directly out front of my house.

A local race series organized the run offering various timed events. Last year I ran over 200 miles in 72 hours. Well, as you know, all races were canceled due to the recent pandemic.

This time around, I chose the 24-hour race as it made the most sense for my situation at home. That and from experience, I find it to be the longest timed race that doesn’t require any prolonged downtime or sleep. It’s one foot in front of the other, from sunup to sundown, relentlessly moving forward, until, well…sunup again.

I started running at 7:00am on Saturday. The weather was beautiful. It felt amazing to run a long ultramarathon since my family and I was basically homebound for over a month prior. I’m sure many of you reading this can relate.

For the first five hours, I ran with no food or water. Over time, I’ve trained my body to become fat adapted. I find fasting early in a 24-hour ultramarathon helps with stomach issues later. Speaking of fueling, I used the back of my car as an aid station. After each ½ mile loop, I marked a tally on a notepad to record my mileage.

Of course, my family was there. Where else could they go? Every so often, my wife and kids ran a lap with me. Having my family present made it all the better. This was an enjoyable race with no expectations what so ever. As I like to say: Show up to race day with a full heart, empty of expectations and identification. Leave the starting line with an urgent longing for finding freedom, and allow the finish line to be your liberation.

The first 12 hours were smooth sailing. It was business as usual, although, to some bystanders, it seemed unusual. That is, my neighbors began catching on in the evening that some crazy guy was running since morning. Eventually, word got around that I was running for 24-hours straight.

As the night hours approached, the neighborhood went lights-out. My family lit a bonfire on our front lawn. Sooner or later, my wife and kids went to bed, and I was back to that familiar feeling. A place I’ve been so many times before. That is, the lonely night hours of an ultramarathon. A place that can be downright brutal, but still…a place that feels like home.

In my opinion, the night hours of a 24-ultramarathon is a real test. Your race can become ugly in a hurry. If you don’t continuously move forward, you lose a whole lot of time from unnecessary comforts. Instead, it’s about finding comfort in being uncomfortable. Light in the darkness. Love in your suffering. It’s the agonizing pain of the night that brings the magnificent joy of the morning. During a 24-hour ultramarathon, don’t worry, you’ll experience both.

This particular race came with adversity as every ultramarathon does. The aid station, with all my supplies, was taken away in the middle of the night. What do I mean exactly? Well, I ran by a cop who gave me a strange look. So I waived to him, with a big friendly smile.

As I came back around from my next loop, I thought he’d for sure throw me in jail. As an ultrarunner, you know what we look like on race day. Running in the middle of the night, deprived and exhausted… it’s not a pretty sight. We look totally disoriented.

To my surprise, however, the cop was gone…and so were the keys to my car. Yes, that’s right. My trunk, aka “virtual race day aid station,” was locked shut, and so were all the doors to my car!

Immediately after I lost my supplies, it began raining. Soon enough, rain poured viciously from the sky as the temperatures dropped considerably. I was cold, wet, tired, chafing, hungry, and didn’t want to finish. I thought to myself, “NOW IT’S AN ULTRAMARATHON!”

Seriously, would it even be considered an ultramarathon without the hardships? No way. Ultrarunners don’t just run with the pain, they expect it, and use the adversities to better themselves. At times you may not see a way to finish, but there’s always some way. It’s in the depths of uncertainty where you learn what an ultramarathon is all about. You don’t necessarily need certainty in reaching the finish line, all you need is certainty in your next step. Oddly enough, this is what we sign up for!

As sleep deprivation set in, I began falling in-and-out of a sleep state, hallucinating while running. This was nothing new. The last time I fell asleep running, however, I fell flat on my face! With that, it was a good time for a quick pit stop. All my race-specific supplies were locked in my car, and the chaffing was growing worse. Given the circumstances, I quickly walked into my house, grabbed a raincoat, and tiptoed into my daughter’s room. Here is where I borrowed her diaper rash cream and baby powder. What can I say…the life of an ultrarunning dad. Right?

I walked right back outside, refreshed, and ready to finish! As you may know, the night hours of a 24-hour ultramarathon are tough. But as your feet step down on the Earth, your mind drifts up to the sky, and somewhere between the stars, you cross the finish line from the grace in your pace. And that’s just what I did…

As the final hours rolled around, my family watched me finish. A few neighbors did as well. The clocked ticked to 7:00am on Sunday morning, finishing with 102 miles under my belt. You’ll never experience a more glorious sunrise than the sunrise at the end of a 24-hour ultramarathon. Words cannot explain it because, well, even your mouth will be too exhausted to move.

It was another incredible ultramarathon journey, as I expressed intense gratitude. How could I not? In the same way the light and darkness transform the day, start and finish lines tend to transform our lives. Ultramarathons can be a transcendent experience if you allow it.

Ultrarunning can be so much more than moving your feet forward, and it can be just that, moving your feet forward. In times like this, it reminds me of all the great lessons I’ve learned from the distance. Like to keep moving forward, with faith, during times of extreme uncertainty and take every run, and life, one step at a time. Personally, and most importantly, ultrarunning has taught me how to handle suffering, I think this is the greatest gift of all…

Oh, and by the way…the car keys, my wife found them the next morning in the mailbox! Sometimes the solutions to our biggest problems are only a few steps away.

This type of race becomes truly possible through a mindful approach to ultramarathon running. In my latest book, I teach Mindful Ultramarathon Running by offering a program with running schedules.

Click an option below and get started on you Mindful Ultramarathon Running journey TODAY! 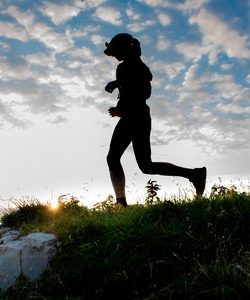 Long Runs – How To Develop A Strong Mindset For Ultra Distances

I have many memories from long runs; however, I'll never forget the time when I forgot who I was while running.  I was frightened.  I felt alone.  It was marathon race day ... 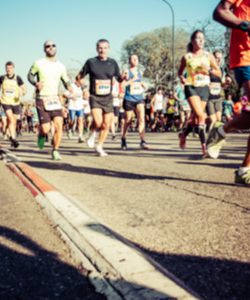 How To Run A Half-Marathon In 13.1 Simple Steps

Crossing the finish line of your first half-marathon is a fulfilling experience. Running full speed as the crowd cheers, and the finish line gets closer, knowing that all your hard work is ... 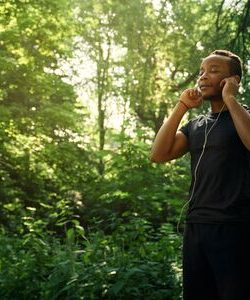 Run For Longer With These 3 Mindful Running Lessons

Do you want to run for longer? If so, know this: your best running coach is your last stride. In other words, our experiences from running are our best teachers.  It's like ...

A Simple Approach To Running Your First Ultramarathon 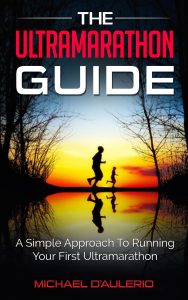 A Step-By-Step Guide To Becoming A Fat Adapted Runner 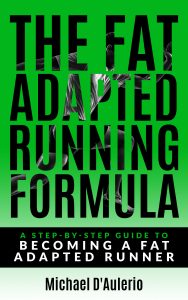 Run ANY Distance By Running ONE Day Per Week 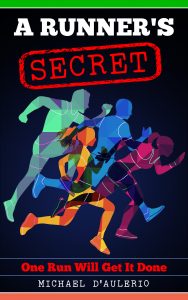 A Beginner-Friendly Program To Running Your First Marathon 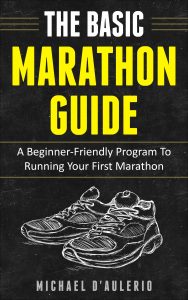 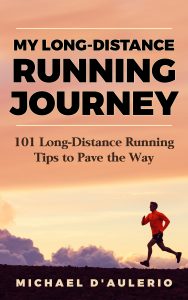 10 Tips for Running Your First Ultramarathon

The Secret To Running Motivation: Going From Push To Pull

Running Your First Ultramarathon On Trails?

6 Differences Between a Marathon and a 50k

This website uses cookies to improve your experience while you navigate through the website. Out of these, the cookies that are categorized as necessary are stored on your browser as they are essential for the working of basic functionalities of the website. We also use third-party cookies that help us analyze and understand how you use this website. These cookies will be stored in your browser only with your consent. You also have the option to opt-out of these cookies. But opting out of some of these cookies may affect your browsing experience.
Necessary Always Enabled

Any cookies that may not be particularly necessary for the website to function and is used specifically to collect user personal data via analytics, ads, other embedded contents are termed as non-necessary cookies. It is mandatory to procure user consent prior to running these cookies on your website.

This site is protected by wp-copyrightpro.com